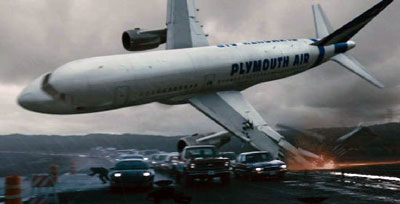 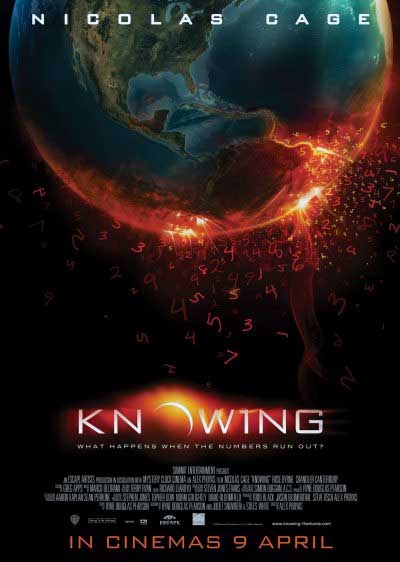 A Movie You Might Want to Get to "Know" About

The world is about to end and all you have for evidence is a list of numbers: just the same as those in your Calculus textbook. The world thinks your crazy and only your son believes you. So what do you do? This is just what Nicolas Cage was fated against in the new movie, “Knowing,” a sci-fi thriller from director Alex Proyas. Stars include Academy Award winner Nicolas Cage, an actor many cinema fans are familiar with from his previous roles in movies like “National Treasure,” and “Leaving Las Vegas,” to name a few. In this new debut thriller, Cage plays the main character, John Koestler, who attempts to prevent the terrifying predictions about the future—predictions that come from a sequence of numbers.

John starts this adventure after discovering a parchment pulled out of a 50-year-old time capsule, with numbers written on it that depict the exact dates, death tolls, and coordinates of tragedies since 1959, to 50 years later in 2009. These numbers were placed in a time capsule in 1959 and were left untouched until the present day. All of the numbers on the paper lead up to three dates that have not been reached yet, and John along with his son Caleb set out to prevent horrific events from happening. The numbers are a list of dates, number of people killed, and coordinates of tragedies occurring around the world, and only John and Caleb know about them. With plane crashes, train wrecks, solar flares, and a little bit of extraterrestrial beings thrown in, this movie takes you on a wild ride filled with action, horror, and anticipation.

“Knowing” may be worth the movie ticket, but it most likely will not be considered for award nominations. Some of the scenes are a bit odd, with one including a herd of moose caught on fire running out of a forest, and then shortly after the fire and animals are gone. The plot gets a bit ridiculous towards the end. If you decide to see the movie, be careful not to leave in the middle to get that free refill of popcorn because chances are you will have absolutely no idea what is going on when you get back.  That said, the beginning and end of the movie don't exactly match, yet if you sit tight for the whole movie it can be an enjoyable experience.

For people into science and math, this is a great movie to go and see because John Koestler turns out to be an MIT scientist, and there is an abundance of scientific terms and theories on how the universe works. But don’t worry “Knowing” isn’t your regular science class film either.

With a great deal of suspense throughout the movie, the build-up towards the end leads to an ending you might not expect. It may not turn out like you predicted, but overall this is a great movie to see over the weekend if you're looking for a good thrill.