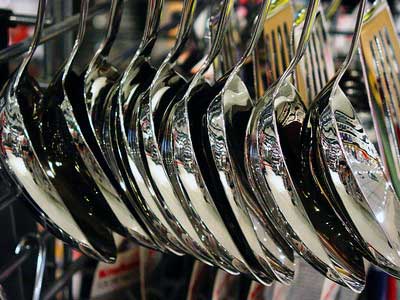 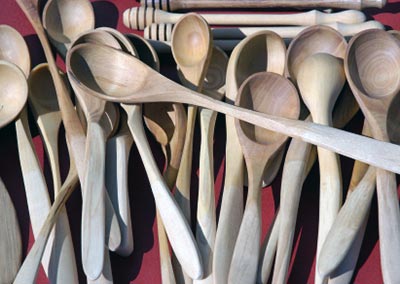 Over the break, I spent time with my extended family at a twelve bedroom house located in Nag’s Head, North Carolina. This three story house included an elevator, a beach front view, and a pool full of beer cans, pollen, and a dead something – possibly identified as a cat. Moving on – there also happened to be a pool table, hot tub, Wii gaming console, and numerous food items that could be consumed on an hourly basis. There was also a giant beach that we had mostly to ourselves. Sounds like a lot to do right? Well, being the teenager that I am, I did nothing that was available to me. I mostly sat around and did absolutely nothing, except for one game in particular that was played one stormy Wednesday night.

This game is called Spoons, a vicious card game played by three to thirteen players. Each player has four cards, and passes one card around the table, until someone has four cards of a kind. You basically want to snag a spoon when you get four of the same card. If you don’t get four, then you should be the first to notice when a spoon has been taken. Chants of “1-2 Pass” are used by relaxed players who enjoy fairness and justice, and could be heard emanating from our table as we sat in our poker-themed cushioned chairs. We sunk into our poker-themed cushioned chairs around the table and began the game. The relaxed players chanted quietly “1-2 Pass.” The best part of playing with people you don’t care about offending is the frenzy of cards. Players rush to pass their cards quickly and the slower players end up with 16 cards settled next to their right hand.

When the magical quartet is finally obtained, the player with four cards is meant to subtly take a spoon before anyone else notices. Ninja mode ensues, and the hand slides discreetly toward the middle of the table. Being the first person is alright, but after this, each other player tries to take a spoon. This is the part of the game that gets interesting.

After a yell of surprise from my left, I knew that the time had come for me to get my game face on. My hands weaved through countless fingers, darting this way and that, looking for cold hard metal to clasp. Someone had smacked the rounded end of the spoon and it went spinning in the air, glinting in the light of the lamp to the side. I watched it fly, and this was my time. I jumped up, went to grab the spoon, when all of a sudden I was body checked into the window. There was my twenty seven year old cousin, standing triumphantly over my seizing body, while I lay there, my silent tears seeping into the carpet. The spoon however, after bouncing off my face, was flung under the table. With a yelp I collected myself. I needed to beat him – but how? Considering cocktail hour had started at about 2:30-ish, I was a little quicker off the mark. I crawled quickly over other bodies strewn across the living room to find this spoon. A trick of the light, and there the spoon is again. I reached out to grab it, when out of the darkness: a foot, pinning my hand to the ground. I looked up to see a smug 7th grade face grimacing down at me. She picks up the spoon, and hands it to my cousin. Thwarted! by my own sister. The battle is over, and as the lights fade, I remember my friends, my family, and everyone I love. It’s the end for me, but not for Spoons.

After this night, I have chunks of skin missing from my fingers as they were clawed off by my relatives, I have multiple bruises all over my body, and it is common knowledge among the relatives that this seventh grade girl, let’s just call her “sassy”, now has a concussion

Sadly, this is not the only time that this has happened to me. While playing with friends, mattresses have been put up around the house so that hospital trips and surgeries could be avoided. This is called “Ultimate Spoons.” This form of the game is popular at camps during the summer, particularly in cabins where open spaces are easy to use. So this summer make sure you go to camp with a deck of cards. But be wary: the game leaves some with minor injuries and major emotional trauma. Some people can only use forks and knives for the rest of their lives, and some can’t even look at a spoon without flinching. Cereal has to be eaten with a fork, and the Spork is totally out of the question. This game leaves a messy trail through history, and all who have been influenced by this game, now know that winning, is in fact everything.