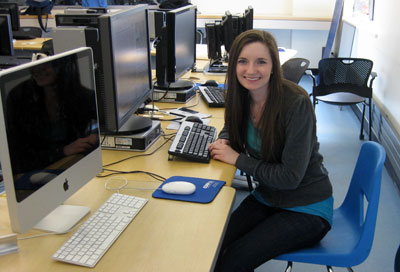 Kimberly Michels in the Neirad room

Do You Know Kimberly Michels?

Neirad Co-Editor-in-Chief Kimberly Michels has been named Connecticut Student Journalist of the Year by the Journalism Education Association (JEA). The JEA selected Kimberly based on a portfolio of her Neirad work. This fall Kimberly will officially become a Cougar (the mascot, not the person) at Brigham Young University in Provo. She plans on studying journalism and looks forward to learning even more about the field. But undoubtedly while at college Kimberly says she will subscribe to Neirad and visit neirad.org far too often. Here are some non-journalistic things you may not know about Kimberly.