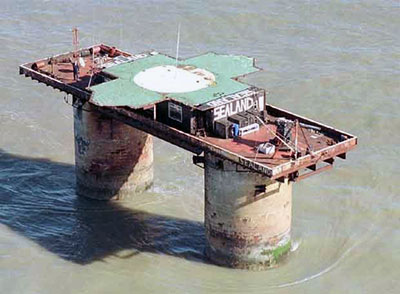 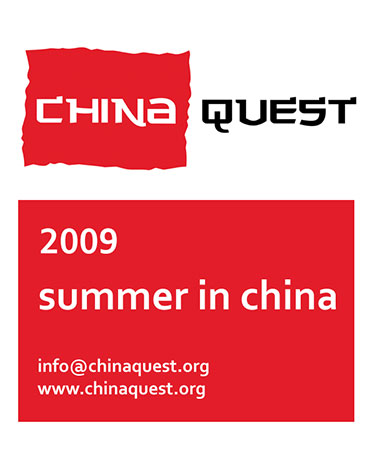 Unknown to many, off the coast of England lies one of the most powerful oceanic countries in the world: The Principality of Sealand. This tiny country is located on an old rundown World War II era barge in international waters off the coast of Northern England.

On September 2nd 1967 Paddy Roy Bates a former major in the British army settled on the barge with his family. Once realizing the barge was located seven nautical miles off the coast of England and, therefore, in international waters, Bates declared this vessel independent from the United Kingdom. He named this so-called newly founded country the Principality of Sealand.

The new country’s fiery leader accomplished the unthinkable creating a new nation in the world.  But only a year into its new sovereignty independence was challenged by the British navy.

During late 1968, a small group of British ships entered what had now become waters claimed by Bates and his new country. Once the ships were close enough to the barge, Bates opened fire on the ships with a rifle he had to defend his great nation. The ships decided to avoid conflict with the man atop of a barge wielding a rifle and left the international waters to return to England. Bates had made the decision he would fight tooth and nail for his barge nation even though to many it would appear to be a trash dump. The two discolored and decrepit cylinders at its base along with graffiti along the side of his nation’s walls gives the appearance of an old relic, but for the royal family of Sealand the barge and even its old fishing equipment are now their symbol of sticking it to the man. The man had given Bates a post war England on an economical rise but this was not sufficient for his royal capabilities. Therefore Bates, with his love of liberty and freedom moved his entire family seven nautical miles off the coast of England.

One item that had been over looked by Bates was the fact that he was still a citizen of Great Britain; therefore, the action he took in order to defend his waters could be discerned as an act of treason. Bates was taken to trial for his offence in November of 1968 but in a shocking decision and one that caused roars to erupt from the small nation’s royal family, the British Judge ruled that because Sealand was passed the seven nautical miles of British waters that it as a country had the right to complete sovereignty from The United Kingdom. Shorty after this accomplishment the Principality of Sealand created its own flag adoring two half sea horse, half dragons in the middle of the red white and black fields. To even further the small nation’s sovereignty Sealand created its own currency, maybe even in hopes to barter with the local fish or even between its four citizens. But before history could finally write-off this tiny nation, it had their very own miniature war to go with their miniature barge.

With the front that they were boarding the barge to talk business with the royal family, a number of Dutchmen in the August of 1978 took the country by force, while its champion of freedom was away. They kidnapped his royal highness Prince Michael. Once realizing the attack King Bates and a group of his chosen men re-captured the barge and held the Dutch citizens as prisoners of war. Following this event the government of the Netherlands was forced to negotiate the release of its citizens and because the war had ended the Principality chose to hand over the prisoners with no resulting blood being split on the great barge.

As of 2009 the Principality of Sealand still remains a sovereign nation and can be easily learned about on their government’s Web site www.sealandgov.org. Even though it may not be considered an independent nation by our government’s standards, the red white and black still fly freely over this sacred barge and if Paddy Bates has a say in it, his nation will never die.